Manchester City will take on Fiorentina while Chelsea will face Atletico Madrid in the Round of 16 of this season’s UEFA Women’s Champions League.

The draw was conducted live by UEFA this morning on UEFA.tv with both City and Chelsea having been seeded in Group 2. The pair knew beforehand that they would either face Spanish giants Atletico Madrid, Danish side Brondby, Sparta Prague of the Czech Republic or Italian side Fiorentina in the Round of 16. The seedings took into account UEFA club coefficient rankings, COVID travel restrictions and the fact that clubs from the same nation cannot meet in the Round of 16.

Manchester City will be at home in their first leg against Fiorentina, the lowest ranked side that they could have been drawn against in their side of the draw. Chelsea will also be on home soil first against an Atletico Madrid side who were the highest ranked unseeded team. The Spanish club have knocked Chelsea’s Barclays FA Women’s Super League title rivals Manchester City out of the competition in consecutive seasons and Emma Hayes’ side will be very cautious of the threat which their latest European opponents pose.

The Round of 16 first leg ties will be staged on 3/4 March while the return legs will be played out a week later on 10/11 March.

This year’s Final is scheduled to be staged on 16 May at the Gamla Ullevi Stadium in Gothenburg, Sweden. 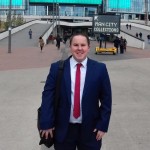