This weekend sees the second edition of Women’s Football Weekend, an initiative which saw more than 75,000 fans attend matches in the Barclays FA Women’s Super League and the FA Women’s Championship in its first year.

Despite matches being played behind-closed-doors this year, there are still plenty of opportunities for fans to get involved. Here is my basic guide to Women’s Football Weekend ’20 for those who will be keeping a keen eye on the event, maybe for the very first time.

What is Women’s Football Weekend ’20?

This weekend, 14/15 November, has been dubbed ‘Women’s Football Weekend ’20’ with increased media focus being directed towards the Barclays FA Women’s Super League and FA Women’s Championship. Continuing the success of last year’s weekend, The Football Association have once again opted to put the ‘spotlight’ on women’s football in a bid for further growth of the game. With the Premier League and English Football League on an international break, there is more opportunity to showcase the talent in the women’s game.

Over the course of the weekend, every Barclays FA Women’s Super League fixture has been scheduled so that they will not clash, meaning that fans will be able to watch all six matches without having to have two (or more) screens on the go. In addition, every FA Women’s Championship fixture will also be available to stream live meaning that there is 990 minutes of live football on offer in total.

There are three derbies on show this weekend in the Barclays FA Women’s Super League. Women’s Football Weekend ’20 kicks-off with a mouth-watering Manchester derby as Manchester United host Manchester City while Aston Villa play Birmingham City on the back of their 9-0 win in the FA Women’s Continental League Cup in midweek. On Sunday, there’s a London derby with Chelsea travelling to Arsenal.

How can I watch?

As always, most matches are free to watch live on the FA Player. As mentioned above, for fans of the Barclays FA Women’s Super League, all six matches will kick-off at different times therefore fans can binge women’s football until their hearts are content.

While it will be difficult to beat the heights of success that the weekend had last year, hopefully, Women’s Football Weekend ’20 will open the game up to new fans, whilst offering regular fans the freedom to watch the action at ease. 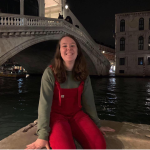